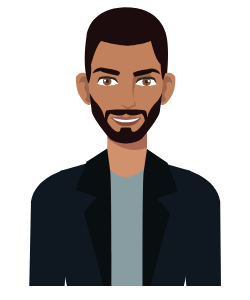 Are you a dog person or a cat person? Either way, you are an animal lover, and as an animal lover, you want to offer your pet the best. From the best food to the best vet care, making these selections is not always easy. This website exists to offer advice and information on all things pet-related. Lean about different breeds, different feeding strategies, and even about grooming. You might even be inspired to buy a new pet after checking out our articles. We share your passion for pets, and we want to help you provide them with the best homes and care, whether you're a dog person or a cat person.

If you want to establish corals and anemones in your saltwater aquarium, then you need live rock as a base that they can build on. However, adding live rock is not as simple as finding it and placing it in your tank. In fact, if you introduce uncured live rock to an established reef tank, then you could throw your tank out of cycle. Here are some things you should know about new live rock, whether you should cure it, and how to begin to the curing process.

What Is Cured Live Rock?

Live rock is rock that is taken from a living marine environment, and it often houses a variety of live fauna and flora. However, some material may have died during the harvesting or shipping process. This material could cause problems in a clean and established reef tank. Therefore, you must cure the rock before you can add it to your existing reef.

What Happens If You Introduce an Uncured Live Rock?

Without curing the live rock, the dying and dead material will cause ammonia and nitrite levels to spike, and this could make your existing corals, anemones, or fish sick. Also, uncured rock may have unwanted hitchhikers that may cause harm to your other animals and plants.

Does All Live Rock Need Curing?

If you are starting out a brand-new tank with no existing corals or animals, then you can place your live rock in that tank without curing it first. However, you should still inspect your rock to make sure there isn't anything in it that you don't want to keep. Also, after you set up your tank with the live rock, make sure it is fully cycled before adding any animals.

How is Live Rock Cured?

There are several different methods to cure live rock. One of the simplest ways is to submerge the rock in a large container filled with saltwater aquarium-quality water for several weeks. Clean off any dead material while the rock is curing. Keep the water at a tropical temperature and the lighting at a minimum. Make sure you use an air stone or power head to circulate the water. When the surrounding water's ammonia and nitrite levels are at zero, then you can move the rock into your established tank.

Live rock is essential to your reef tank, but you must take care to prepare it properly, especially if you have an established tank. Even if you don't have an established tank, you should still make sure that your live rock doesn't have decaying, dead materials before adding animals. Finally, make sure you get your live rock from an experienced dealer who knows how live rocks work and who can help you with any problems.

For more information, contact a supplier that has live rock for sale.